THE LAKES COMMUNITY IN TEMPE ARIZONA

If you’re thinking about buying a home in Tempe or are already on the hunt, The Lakes of Tempe should be at the top of your list of communities to check out.

A quick drive around the neighborhood will make you feel like you’re in a different world as The Lakes is truly an oasis in the middle of the desert. Lush trees and foliage line the streets and, true to its name, there is no shortage of water here as many of the homes are waterfront property. The Lakes may be one of the Tempe’s most established neighborhoods with 90% of the homes having been built between 1970 and 1999 but in this case, older doesn’t carry a negative connotation. Homes in The Lakes possess a certain degree of maturity and charm that you won’t find in new construction. What’s more, since most of the homes in The Lakes were built within the same time frame, the neighborhood has a sense of coherence and establishment that you might not find elsewhere.

Primarily made up of medium sized (three or four bedroom) to small (studio to two bedroom) single-family homes and apartments, The Lakes of Tempe has something to offer everyone. Whether you’re a student or a growing family, you’re sure to find your perfect home in this neighborhood. Be prepared to compete for it, though. It seems as if everyone wants their own little slice of The Lakes Real as estate vacancies tend to hover around 6.5%, which is about 66.6% lower than in other American neighborhoods.

Location and convenience are no doubt another reason why everyone is vying for a spot in The Lakes. The greatest number of commuters in The Lakes neighborhood spend between just 15 to 30 minutes commuting to work and school, which is shorter than the time spent commuting to work for most Americans. Considering that the Lakes is situated approximately 4.5 miles (or 13 minutes) from Arizona State University and just 13.4 miles (or 28 minutes) from downtown Phoenix, it’s no wonder students and professionals alike choose to call The Lakes home.

Looking beyond the real estate aspect, The Lakes is so much more than a neighborhood. It is a community in every sense of the word. With clubs like The Lakes Women’s Club, Out to Lunch Bunch, and the Foreign Film Club, residents can form lasting friendships and bond over their common interests. If you’re more into physical activity, The Lakes has a beach and tennis club, as well as its own swim team.

Searching for a home in the valley can be overwhelming but if you begin your search in The Lakes, you’re sure to find your new place in no time.

For your FREE Home Consultation. 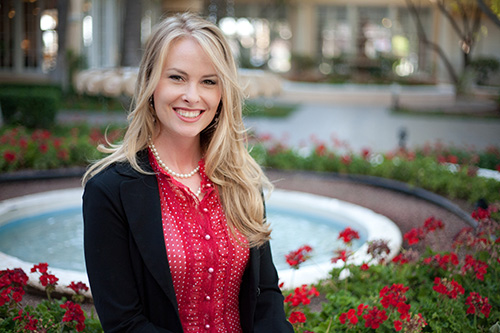 Contact me today for a marketing proposal for your home and you’ll see why my listings sell faster and for more money than the rest!

Behind the Scenes of a Real Estate Deal

The job of the Real Estate agent is no longer to "find" you a home. Lets be honest… no matter how good I am at searching the MLS, you're spending 6 hours a night on every real estate site you can find, mostly because you're positive that you're better at finding THE...

I Invite All Agents to NOT Answer Their Phones

First of all, before anyone gets their panties in a wad, let me explain. I am not saying that agents shouldn't answer their phones…ever. The good ones will always answer their messages. But, the good ones also don't always have time to answer that call, at that...

Is Your Agent Exceptional… or a DUD

Arizona Licensed Agents As of writing this, there are around 92k licensed Agents in the state of Arizona. About half of those are in the Maricopa Valley area, including everything around Phoenix. It's said that about 20% of the real estate agents sell 80% of the real...

Who Pays for the Real Estate Commissions?

There has been an uproar in the Real Estate World recently, regarding the commissions paid to the buyers agents.   The Backstory NAR came under attack recently by the DOJ (Department of Justice), for their requirement that a seller offer a buyers agent...

Under Contract – The Sellers Timeframes

When selling your home, you will be governed by our Residential Purchase Contract. Many sellers might see the boiler plate jargon and not pay close attention to some of the details within the contract.  That being said, it's very important to understand the timeframes...

Frequently sellers are finding themselves in a difficult situation when they go to sell their home. The balancing act of buyer and selling is like the age old dilemma… which came first? The buy or the sell? (You thought the question would be more 'fowl', didn't you?)...

We're in a competitive market right now and buyers are getting desperate. They're up against multiple offers, with variant levels of risky conditions. Buyers waiving contingencies Buyers making earnest money non-refundable Buyers are paying cash more than ever Buyers...

Hard Money Loans are Not the Same as Cash

You're in a competitive market and you want to make a strong offer. You're tired of being beat out  by these cash investors. It's understandable… but what can you do? Some buyers have looking into hard money loans, as an option to avoid pitfalls in financing, like...

Arizona is being purchased up by investors, and the public is feeling the strain. But who are these investors buying up all the homes and why?   iBuyers The iBuyer has been around for a while now, and a lot of sellers have benefited from them. They move in to an...

Why Are Listing Photos So Important

We have become online-home-shopping junkies, there's no question about it.  But that's not the reason that the photos are so important for your listing. How the photos are taken Agents don't have a rule for these things. Some will take photos with their cell phones...